Just Gaming On My Smart Phone 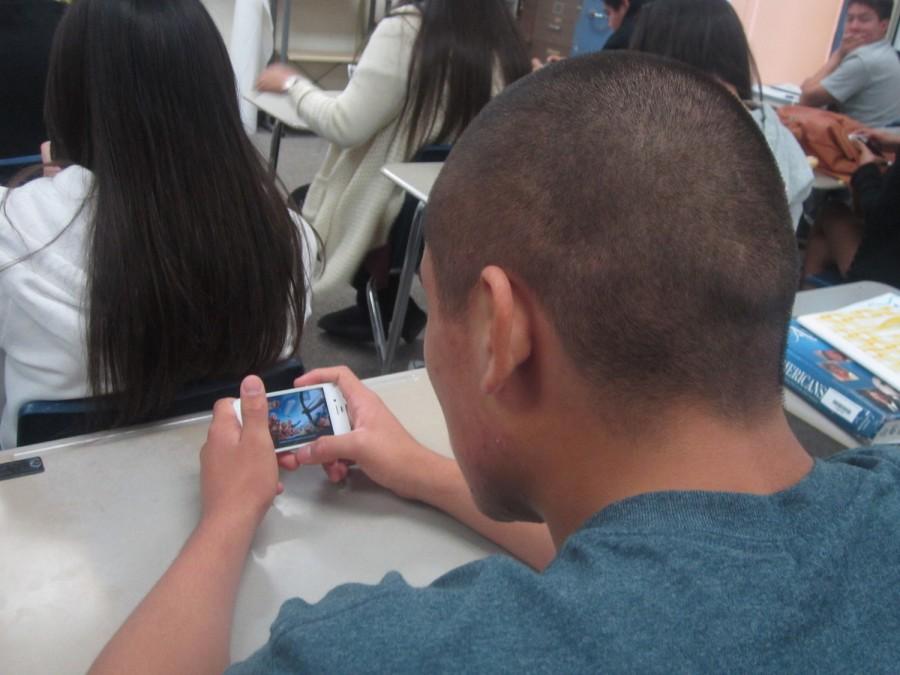 “There’s this game called Clash of Clans, and when I would play, I would play non-stop during class, up until one in the morning, playing all the time,” said Oxnard High School junior Bryan Muñoz.

As a phone gamer, Muñoz plays “everywhere and anywhere…Anywhere I could pull my phone and have internet, I’ll play it.”

Muñoz purchases items from his favorite mobile game, Clash of Clans. However, he does not pay for it himself, his friend gives him money. He said, “My friend has spent 800 bucks on [the game]. Imagine all the other people spending money on it.”

Muñoz’ interest in the game grew to the extent where it started to spread to his classmates. He blamed  himself. Muñoz said, “It’s my fault because I got into the game…and I convinced my friend to get it. Then I convinced other people to get it.”

OHS junior Dakota Ayala enjoys playing strategic games. He said, “The games I play don’t have an end, so how could they not be fun?”

Senior Alexander Pierce,* an iPhone user, prefers mobile games such as Evil Apple, or others “that are more action [packed].” Pierce said, “I think [phone games] are interesting, and they keep your mind into a place of non-reality.”

A recent poll showed that 55.7% out of 214 OHS students find Apple’s iPhone as the most popular operating device for gaming. The poll also showed that adventure games are the most addictive genre played on a smart phone. However, casual and family game genres are found to be the least interesting.

Muñoz said, “When people say ‘It’s just a game, you won’t get addicted,’ it’s not just a game. It turns bad — it goes really bad.”

*A name has been changed in order to protect their identity.