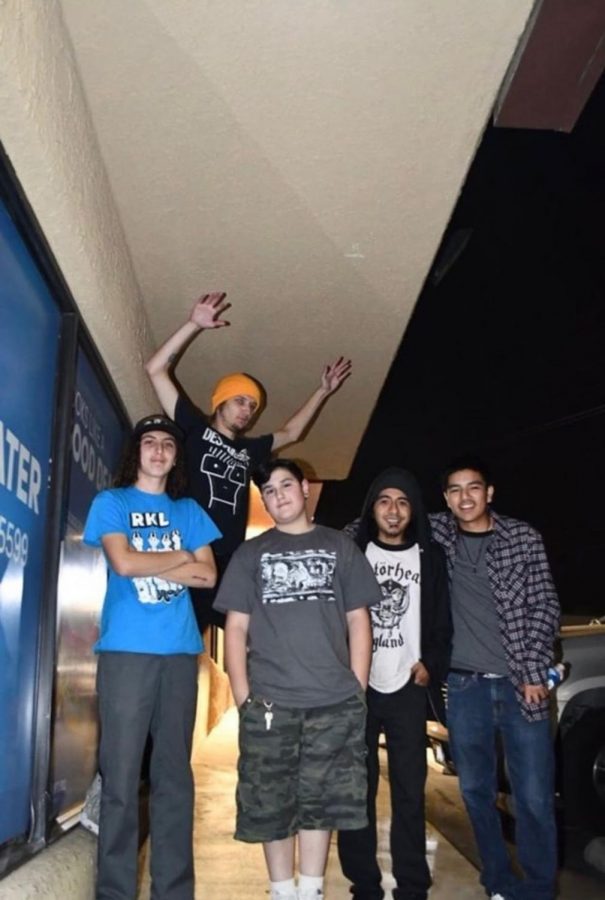 The city of Oxnard, from an outsider’s perspective, is seen as the middle of nowhere or some place near Los Angeles, but what people don’t know is that it breathes musical talent. Sk8 Punk Rock group, Civil Conflict is just that group ready and hungry for stardom beyond the 805.

Oxnard High School senior Danny Altamira, lead bass for Civil Conflict, is ready for the challenges ahead in order to reach stardom. Altamira, Dorian Hill, David Stalsworth (Baby Firmz), Anthony Moran (Skater), and Adrian Tapia (AK) started their group back in January of 2016. “I like to play music […] I really dig it,” said Altamira. Playing gives the band a way to express themselves regardless of anyone’s opinion. “[With] this band, I feel like I’m introducing an old and new form of music to a generation that have been sleeping on it,” said Altamira. Being in the band, he said, “it means community and uniqueness.” The band members feel that the introduction of new and old music can change the perspectives of the teenagers in the community to not only listen to mainstream music out now such as rap and pop, but their own.

Since the band’s beginning, they have been eager to get their name out there. They have been performing around the 805 and in places like Simi Valley and big cities in southern california such as Long Beach. “It means a lot even to play at all, even if it means playing in a garage or on a stage,” said Tapia. The path they have taken to gain recognition has been hard, but they have an interview with the magazine, Paradigmize. This is just the first of many for the band. The reason why people should listen to Civil Conflict is, “We write with a meaning that needs to be heard,” Tapia said.

Many in Oxnard are supporting them 100% and look forward to seeing what the future holds for Civil Conflict. The band is always focusing on trying to make themselves better artists and giving people the drive they need to follow their passion for music.